Enjoy another one of Brecht’s posts! With some edits by me.

The highway direction Bialystok was at the other side of Warsaw so we spent around two hours to get there. We saw a hostel along the road and went in to ask directions how to get to Struga, a small place where the highway starts. To get there we had to take one bus, one metro and again one bus. While going to this place we met Adelbert, who escorted us towards Struga. He wanted to improve his English (I think he just wanted to cross swords, -Jules) so he was happy to join us for half an hour. We told him we are Belgians and he was excited about our national history. Adelbert was a very friendly gay guy and had a whole story to tell. He was beaten up by Polish police for being gay. He also grew up in a traditional family and had serious problems to feel free in his personal space. 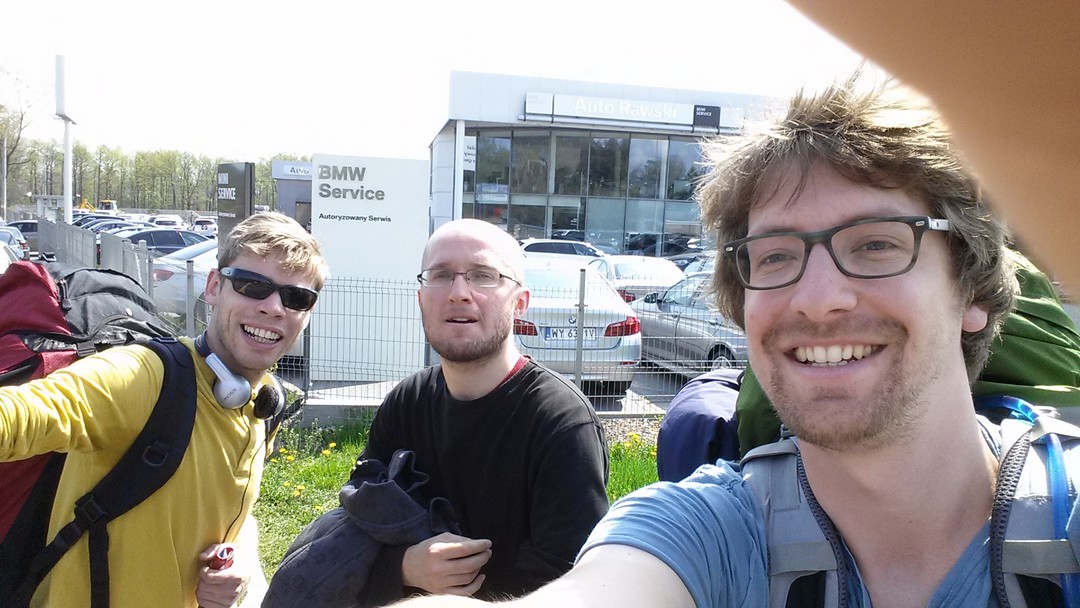 His insights about different lifestyles between West and East were very clever. He made us laugh more than once but the underlying message of his humor was rather sarcastic towards the Polish government and lifestyle. Getting at Struga we drunk a beer with Adelbert.

We thumbed for about 20 minutes when Jack and Tom stopped. They were two friends going to Bialystok and where very amazed by our ambitions to get to Russia by hitchhiking. 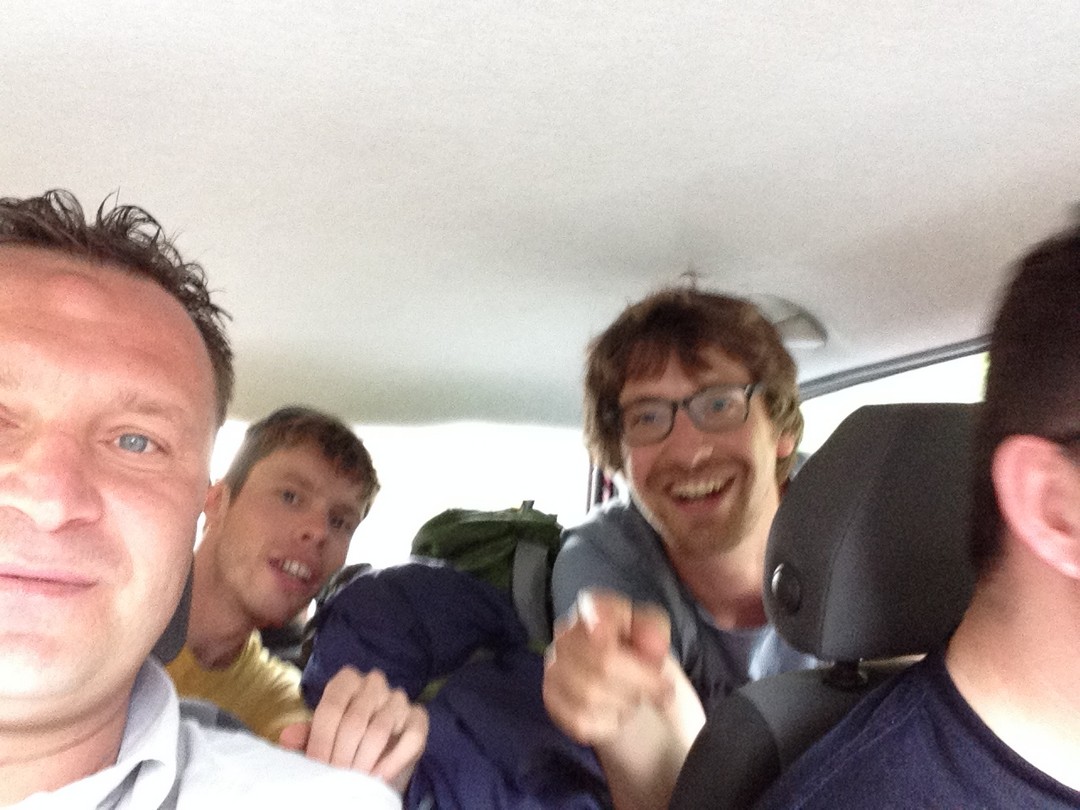 The communication was very funny since we do not speak Polish and their English was very poor. The driving was at least a little crazy. The driving pace was very high and taking over was even worse.

Jack and Tomek were very helpful and friendly and offered us several beers at several places, but their driving was a bit stressful. They dropped us at a bar next to the highway where we said goodbye. From this point we got several short rides till the very north east of Poland. 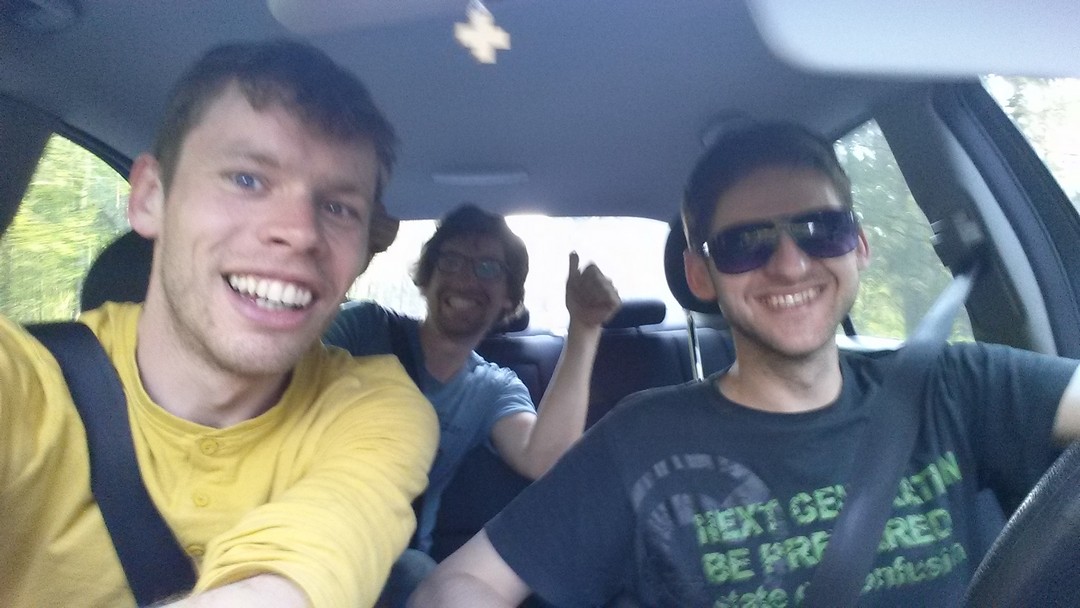 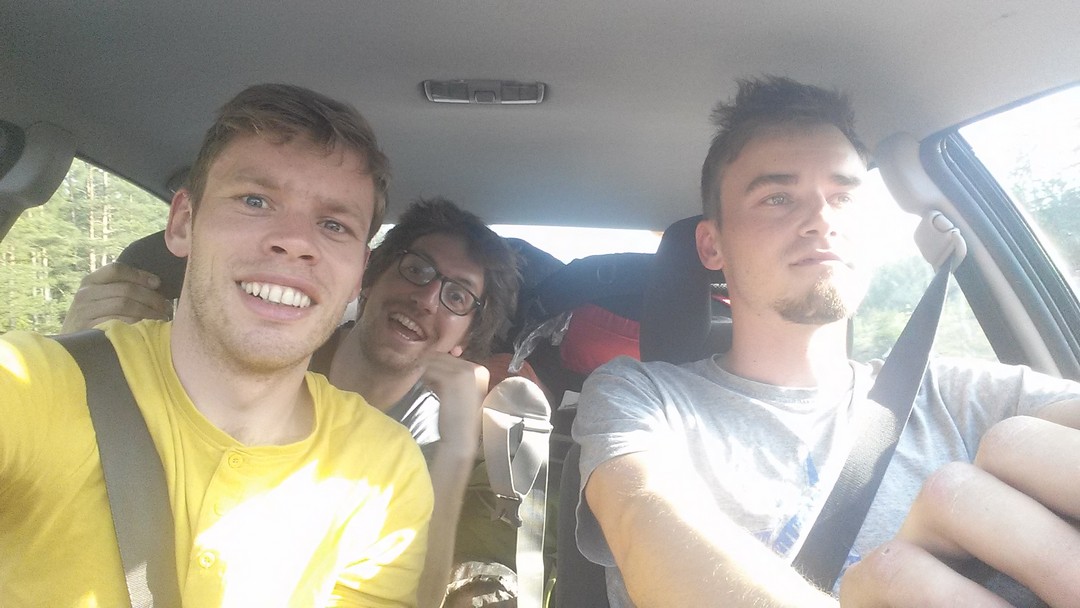 Christopher, a dock worker who drove us from the center of Europe to Augustow

We were picked up by Yuri at a gas station near Augustow. This Russian businessman was living in Poland and going to Kaunas by Via Baltica for a business meeting. We were very happy to meet someone going straight to Kaunas and who spoke decent English. 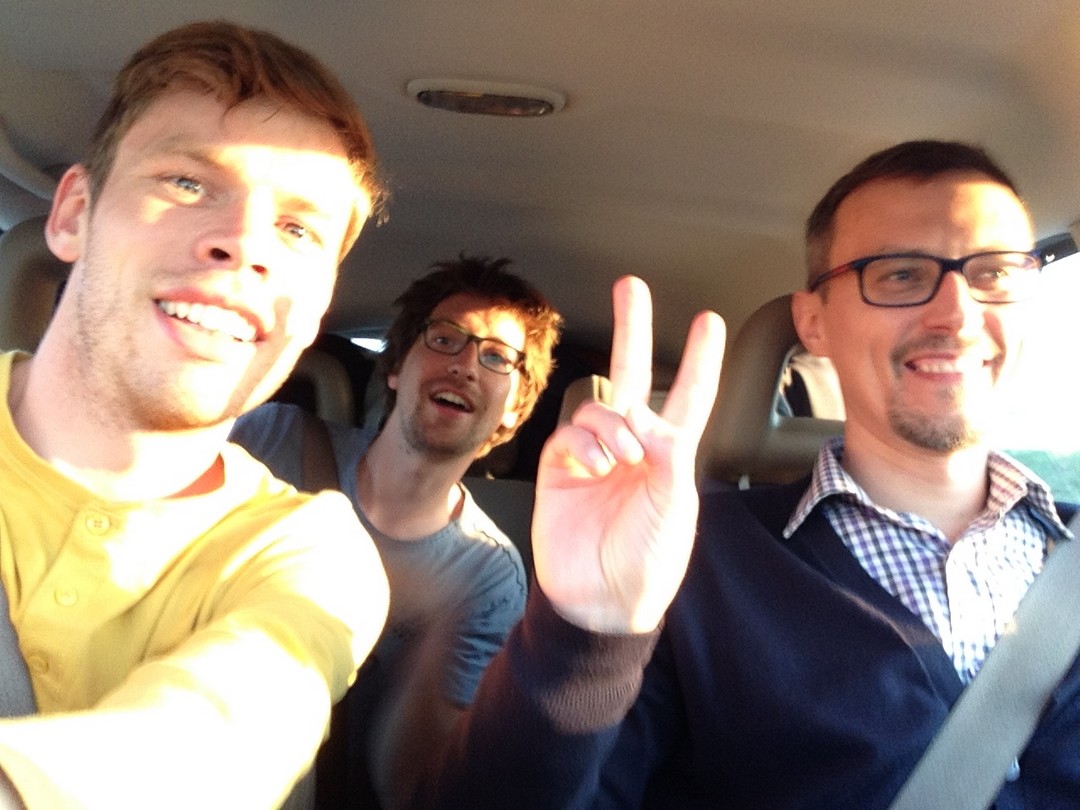 Юрий (Yuri), The friendliest Russian we had met today.

When we arrived in his 4 star hotel we checked if any hostel was available and Yuri drove us to the place. It was not evident to get to this place, since it was located in the suburbs filled with communist gray flats and bumpy roads. After looking around for the hostel for 15 minutes, the car started to get overheated and white smoke came out of the motor. It looked like we had a major problem in a district where you would not like to have major problems. We decided to let the car cool down and started to look for the hostel by foot. After 15 minutes we found the place and there was still one room available. Our driver took a big jug of water and we went back to the car to fill the water tank. Then he drove us to the hostel, we dropped our luggage, and went to a restaurant where Yuri and Jules started their business conversation. Yuri was looking for a guy to run a database and Jules was very interested to help him out and they exchanged ideas over dinner. (BR)