We chose Brest as a place to rest. Not only because it rhymes, but mainly because it is a border city and we had heard that crossing the Belarusian border can take several hours. Additionally it is prohibited to cross it on foot. After a breakfast of champions we set foot for the border. After a couple of meters we bumped on the first control post.

While we were trying to persuade the officer to make an exception and let us pass by foot, an Armanian guy honked his horn and urged us to get in. His name was Hovhannes (Hovak for friends). He seemed to know every officer and driver cause he was starting a conversation with anyone he could lay eyes on. He also skipped the entire line of cars, waving his Ice Hockey tickets to anyone who wanted to stop him. It turned out that the tickets were in fact considered to be VIP tickets. There were separate control posts for Ice Hockey fans and no questions where asked. We crossed the border in less than 20 minutes, leaving a caravan of cars behind us, most of which very likely to be standing there for a while or still for several hours to come. 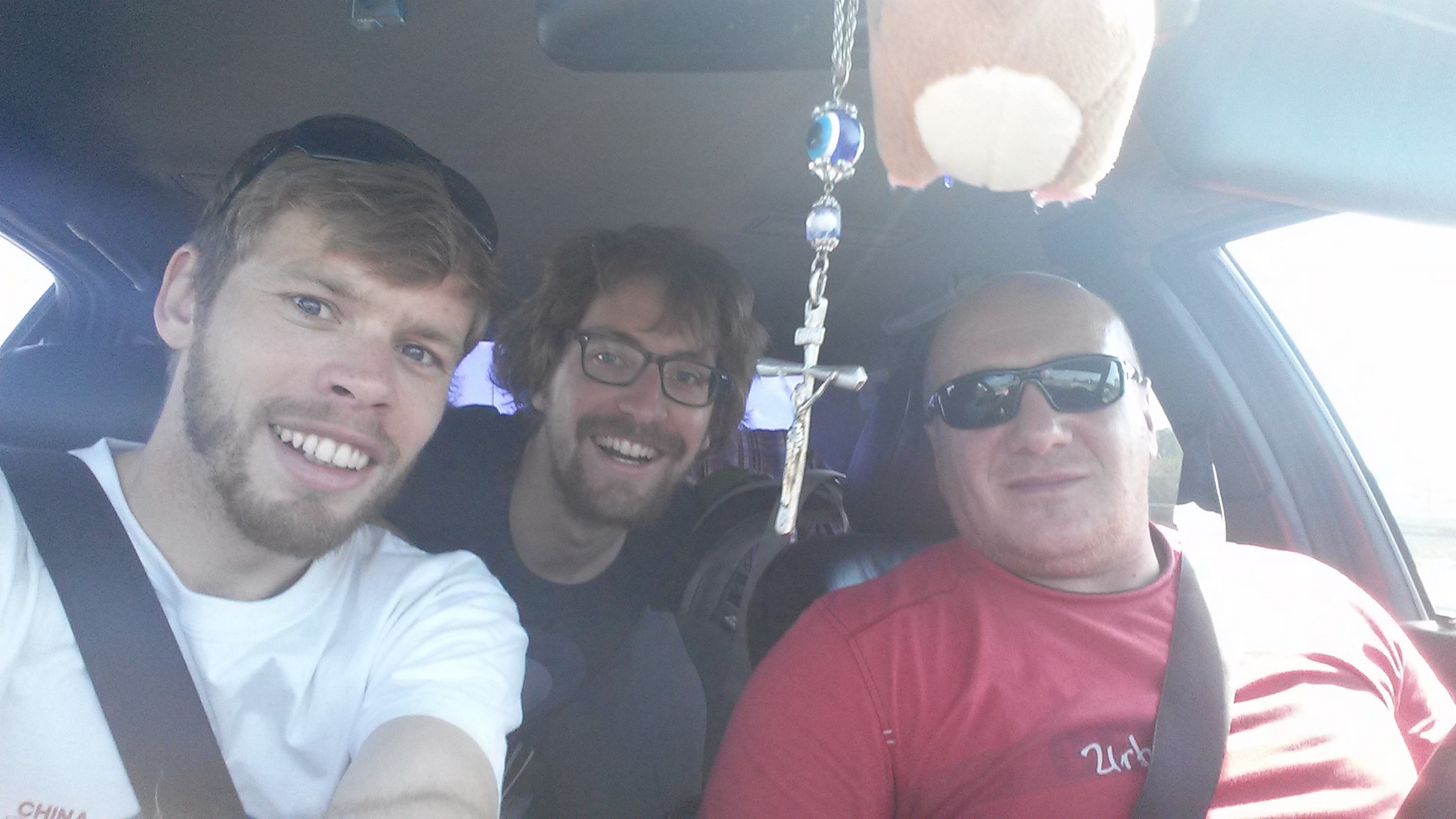 Hovhannes dropped us at a MacDonald’s a couple of kilometers further. After grabbing a burger we got a ride from Max. He would take us to the center of Warsaw. Max told us that a lot of Poles go to Belarus to fill up their tanks because gas is about half as expensive there, despite the fact that it may take them up to 2 days to make the round trip. Max had to wait at the border for 11 hours once. His wife’s record was 18 hours. Max was convicted for drug dealing when he was young and was sentenced to 2 years in Jail, of which he spent 6 months inside. But he claims to be a good boy now. Max dropped us at a bus stop near the center of Warsaw at 14:00. 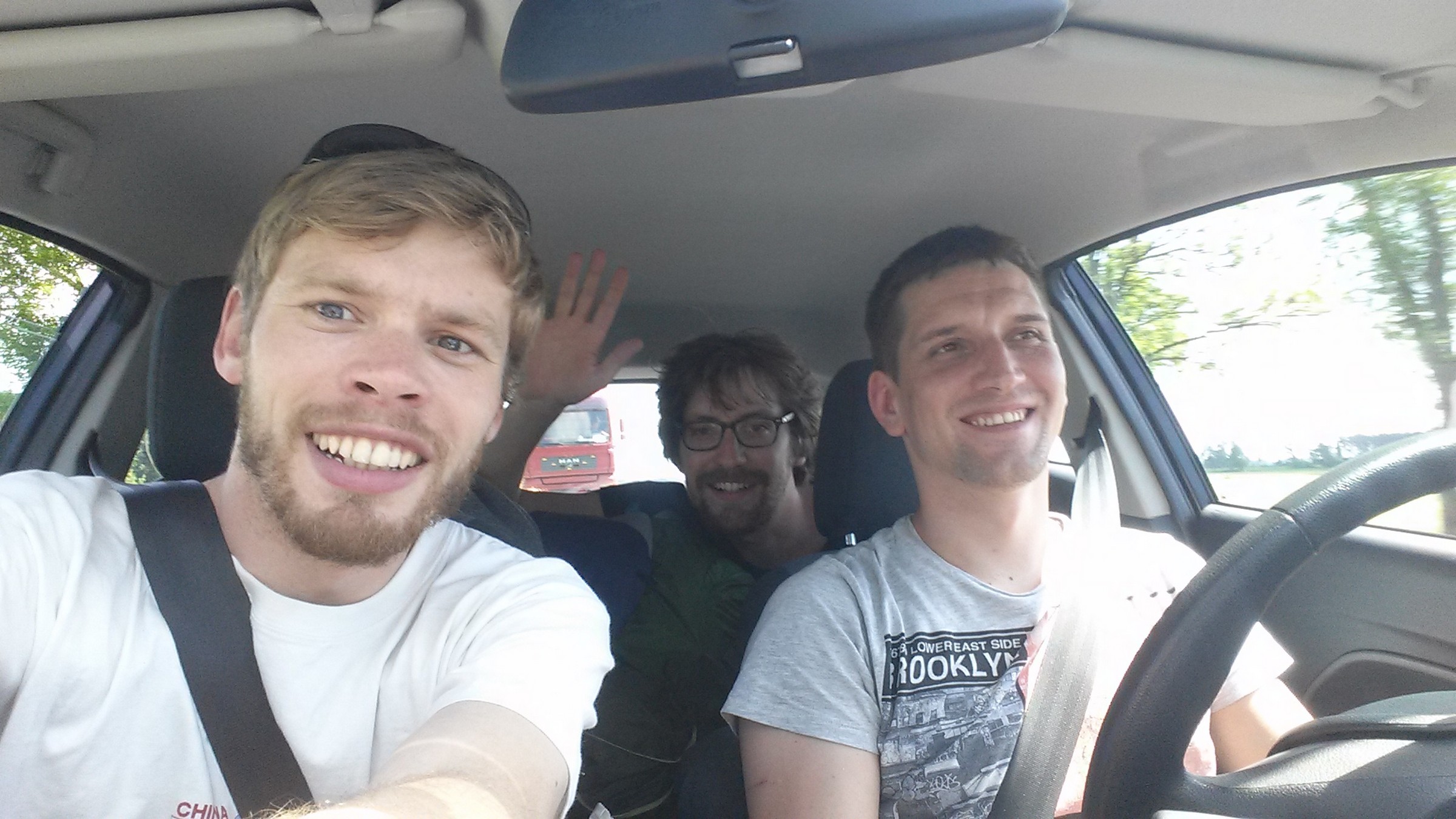