So, we made it to Berlin in one piece, but things didn’t go exactly as planned. When Tarsten dropped us off at the gas station at 11:30 PM, 40 km from the center of Berlin we were confident we would be shaking hands with our friend Lau Levenswaren (who also wishes to use a lame anagram) before 1AM. Things didn’t turn out very well. Everybody was either on their way to Poland or too scared to take three hitchhikers with them in the middle of the night and we didn’t want to split up at this late hour risking that one of us had to spend the night at the gas station alone. We even got 4 Euro from a Polish trucker because he felt sorry for us. So we made camp together in a little forest nearby. Normally I would have been scared to death to get mugged, but we were all so exhausted by now that all we really cared about was sleep. 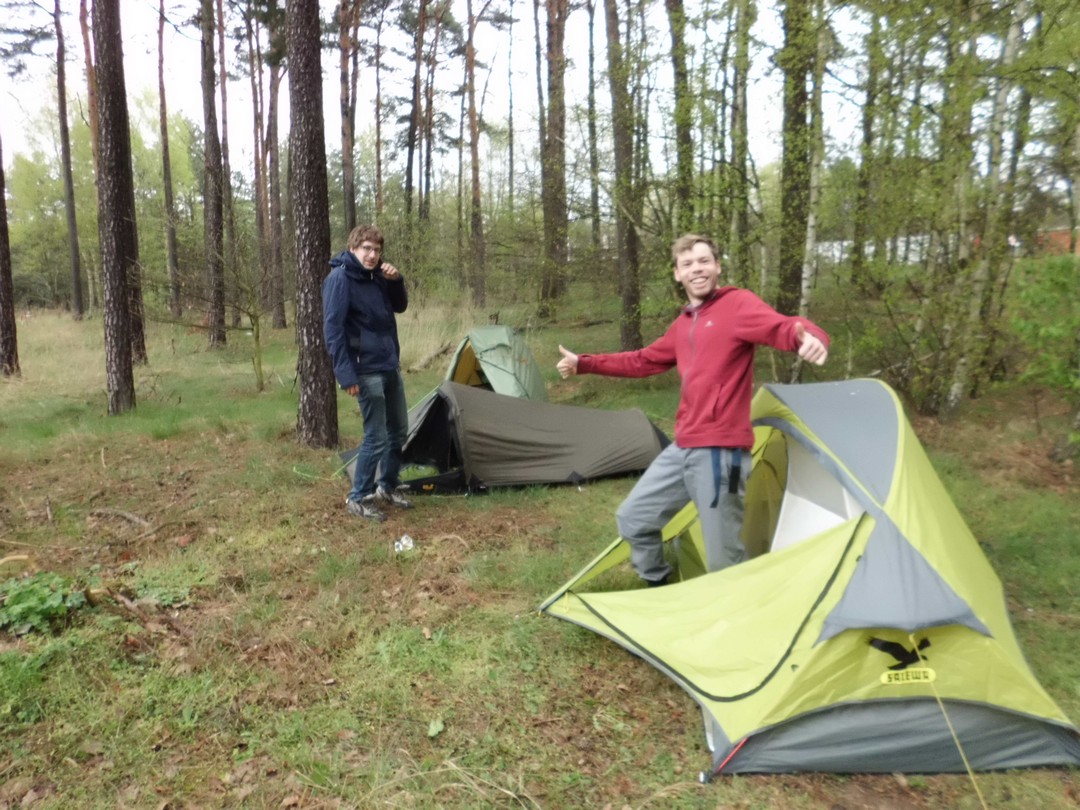 We decided to start moving again around 9 AM. After rolling up my tent and taking a shit in the woods we went back to the gas station and started asking people for rides again. Just like last night most of them where Polish truckers so we had no luck finding someone to take us to to Berlin. After a while we decided to explore the surroundings a bit further and we noticed the gas station was adjacent to a McDonald’s. The place was filled with Germans. 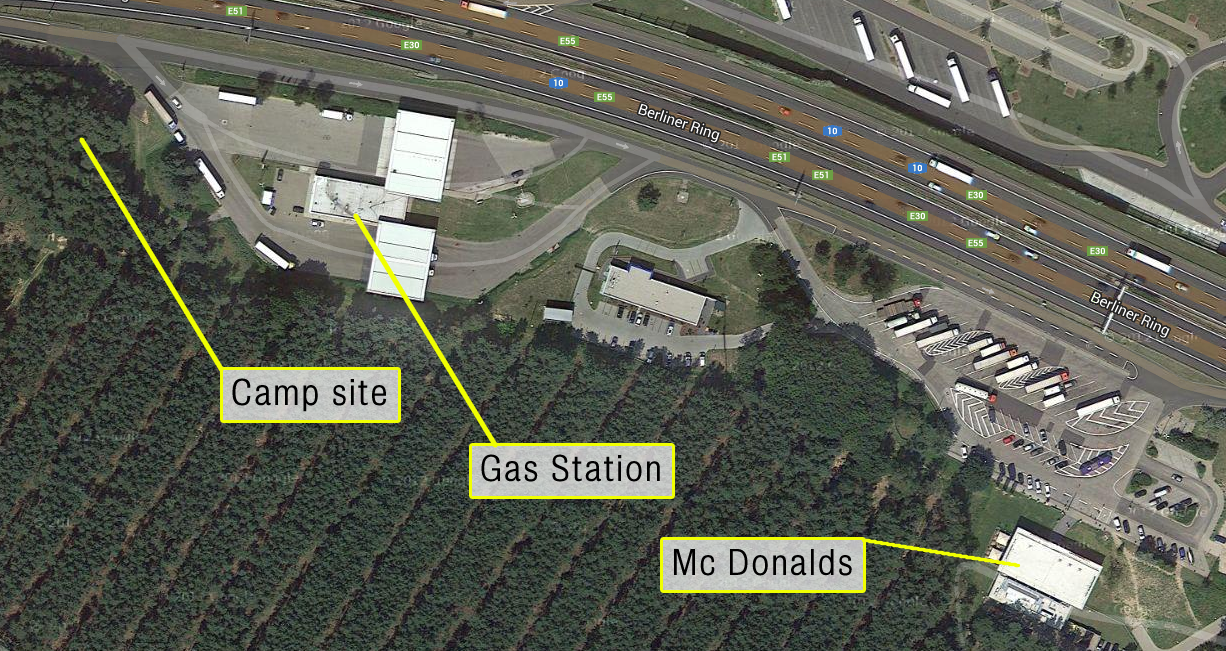 Satelite picture of the gas station where we spent the night

To speed up the process a bit we decided to split up and we pulled straws to decide who would get the first ride. I pulled the longest straw so the first car that stopped was mine. The couple in the car was already taking Sarah, a Mitfahrgelegenheid-user to Berlin. Sarah is a freelance reporter who lived in Cambodia for a couple of years but was now back in Germany for some family business. She got on the metro with me and showed me where to change lanes to get to Neukölln where Lau lives. 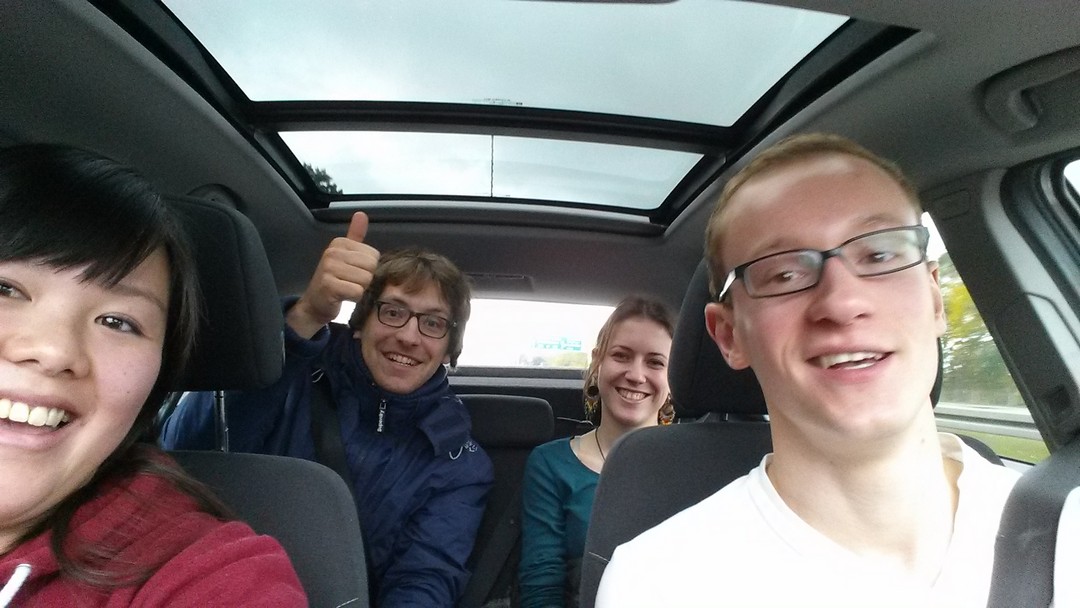 My ride to Berlin 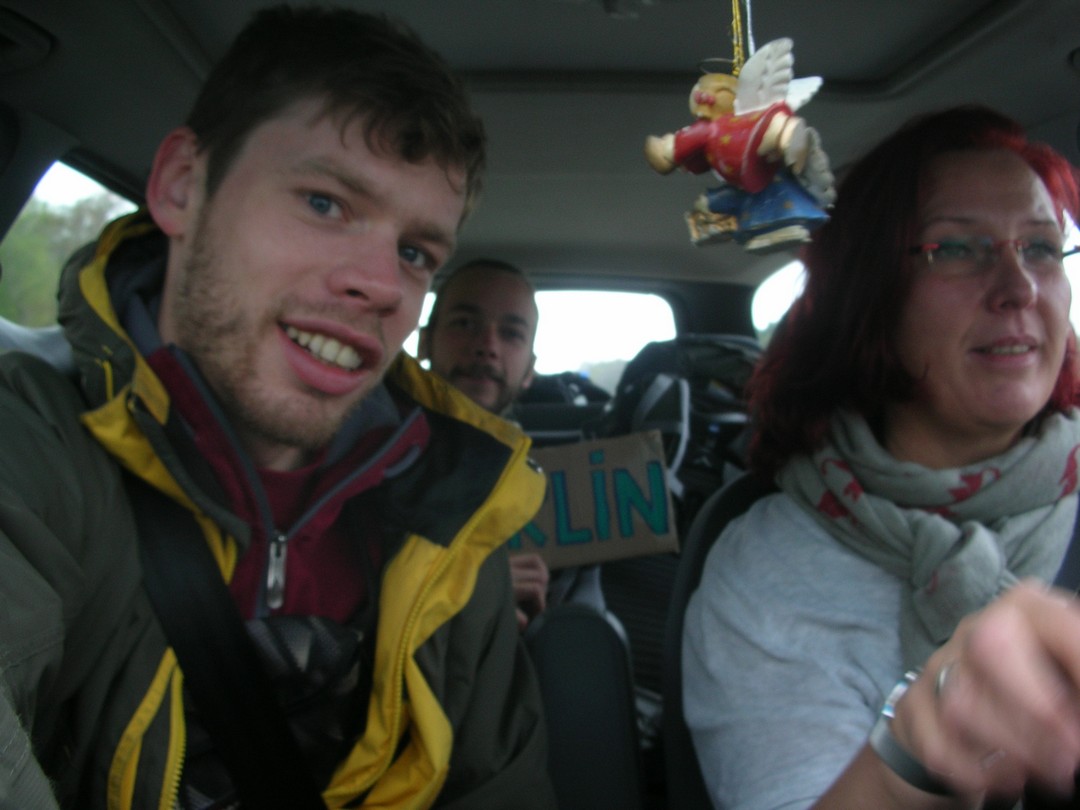 When I arrived at Lau’s place Brecht and Lenrdje where already there. (Lenrdje is actually the same guy as Donald Reijneveld, but he also wanted to be addressed with an anagram, so I changed it to Lenrdje Avondlied.)

After that we had loads of fun in Berlin.